How to Make a Shamballa Style Bracelet

Once you learn this technique, you can switch the bead colors and cord to create different styles and looks.

Cut the satin cord into one strand of 4.5 feet and fold it in half. Cut another strand of cord that is approximately 20 inches long and place it between the two folded strands. You should now have three strands running parallel. Wrap a small piece of tape around the ends of the center silk strand to make it easier to thread your beads through later. You may also find it easier to tape the folded piece and the top of the 20-inch strand to a work surface while knotting. Alternating right and left, make four more half knots for a total of six half knots. Still alternating, make a seventh half knot (left half knot) around the bead. Then another (right half knot). Take the two working ends of cord and tie them together in a knot on the back side of your design. Add a small dab of GS Hypo Fabric Glue to secure the knot. Allow to dry. Trim the tails of the cord, so that only the center strand remains on each end of the bracelet. Keep one of these tails to use for the sliding knot closure. Tie a knot in each end of the remaining bracelet cords. To make the sliding knot closure, cross the bracelet ends over one another to create two new parallel strands. Use the tail piece that you trimmed away in step ten and place it under the two overlapped ends of the bracelet and make a left half knot around the bracelet cords. Make a series of half knots in the same manner as you did for the bracelet, until you are satisfied with the length. This piece will act as the slider on the bracelet, so check the overall length. You will want the bracelet to slide over the wrist and then cinch snugly. Tie the ends together on the back of the closure with a knot. Place a dab of adhesive to the knot to secure it. Allow to dry. Simply pull the bracelet ends to open and close the sliding knot closure. If you're in the mood for a more colorful idea, replace the chocolate glaze pavé beads with a rainbow collection of other 12mm Beadelle pavé rounds, and try working with 2mm satin cord in the color Plum. Mix and match for new ideas for every day of the year 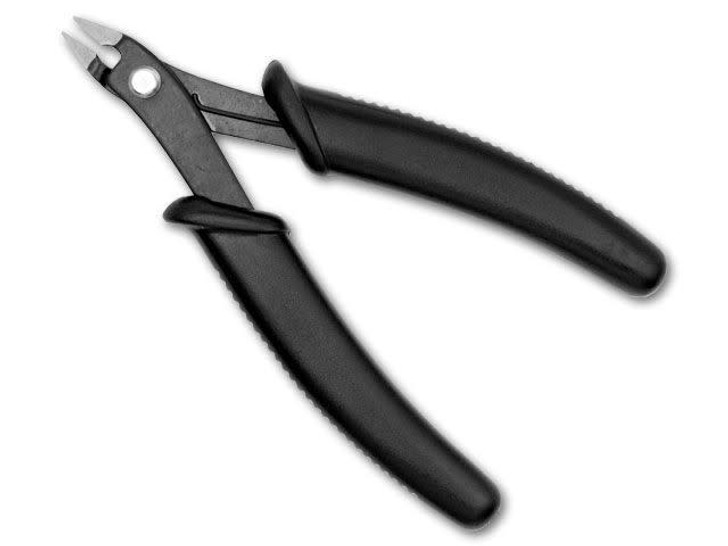